“If they can get you asking the wrong questions, they don't have to worry about answers.” Pynchon, Gravity's Rainbow.========= Ask yourself. "Where is Pandora's other box?

Visual evidence of the bigotry growing in Zionist Israel.

Nuts rarely get nuttier than Hagee.

Perhaps he should spend more of his time reporting [as is required by the legal order of most civilized states and I cannot imagine a credible argument against] pedophilia by his boy gang. 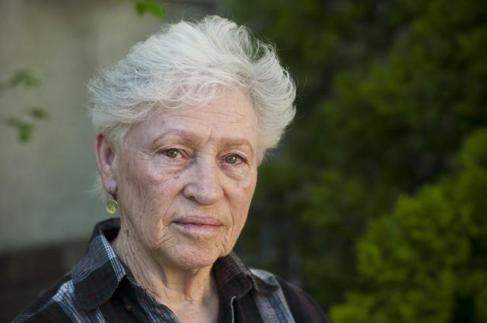 “Last month, Benedict announced that a four-year Vatican investigation had found theLeadership Conference of Women Religious has challenged church teaching on homosexuality, the ordination of women and the 2010 health-care reform popularly dubbed Obamacare. Nuns, the investigation also concluded, spend too much energy on poverty and economic injustice and not enough on abortion and same-sex marriage.”

Papal infallibility is a dogma of the Catholic Church which states that, by action of the Holy Spirit, the Pope is preserved from even the possibility of error[1] when in his official capacity he solemnly declares or promulgates to the universal Church a dogmatic teaching on faith or morals. It is also taught that the Holy Spirit works in the body of the Church, as sensus fidelium, to ensure that dogmatic teachings proclaimed to be infallible will be received by all Catholics. This dogma, however, does not state that the pope cannot sin in his own personal life nor that he is necessarily free of error, even when speaking in his official capacity, outside the specific contexts in which the dogma applies.
This doctrine was defined dogmatically in the First Vatican Council of 1869-1870. According to Catholic theology, there are several concepts important to the understanding of infallible, divine revelation: Sacred Scripture, Sacred Tradition, and the Sacred Magisterium. The infallible teachings of the Pope are part of the Sacred Magisterium, which also consists of ecumenical councils and the “ordinary and universal magisterium”. In Catholic theology, papal infallibility is one of the channels of the infallibility of the Church. The infallible teachings of the Pope must be based on, or at least not contradict, Sacred Tradition or Sacred Scripture. Papal infallibility does not signify that the Pope is impeccable, i.e.., that he is specially exempt from liability to sin.”

Nor is he exempt from bigotry and intolerance.

You are currently viewing the archives for May, 2012 at Wednesday in the Age of Reason-Munchausen (1988).